The feature of the first quarter of 2015 has undoubtedly been the dramatic collapse in sovereign bond yields which have now declined into negative territory in no less than 10 countries in Europe. Steep declines in inflation rates have permitted the European Central Bank to implement its massive quantitative easing program (most of Europe is now experiencing deflation). [CHART 1] The ECB’s program includes the purchase of €60bn of bonds each month – a formidable challenge in itself, given the reduced issuance. Even before the purchases commenced, interest rates were driven down sharply in anticipation of this huge increase in demand.

The downward momentum appears to have taken on a life of its own: some €7 trillion of global bonds now have negative yields. Interest rate management, the most powerful and widely used tool of central banks, became impotent when rates had already declined to near zero. The ECB’s solution: simply take them into negative territory!

Most of the negative rates are at the shorter end of the maturity spectrum – up to just below 5 years. However, in Germany, the 5-year yield is already negative. [CHART 2] Pressure at the short end has obviously dragged longer term rates down as well.

Sharply declining rates have obviously caused prices of all categories of listed European bonds to soar. And, last week, Germany actually auctioned off a new 12- month government bill – at a negative rate. This is quite bizarre: borrowing money has actually become a profit centre for some central banks!

Negative rates obviously guarantee losses for buyers who hold them to maturity. So current buyers are clearly betting that the securities will appreciate in price before then (due mainly to ECB buying), allowing them to sell at a profit before they fall due for redemption.

Apart from flooding Europe with liquidity, an integral part of the ECB’s program is to significantly weaken the euro. [CHART 3] Indeed, managing currencies downwards is becoming the dominant policy tool of many countries, now that rates are already so close to zero. Investment flows out of Europe will soar as individuals and institutions search for yield, propelling the euro ever lower. The US, where rates are already significantly higher and poised to rise in the near term, is the prime beneficiary. The spread between euro rates and US treasuries is at an all-time high. [CHART 4]

The gap between real yields in the US and those prevailing in most other major countries, is likely to widen further once the Fed starts raising rates. The process will be gradual and should not exert undue pressure on long term rates due to reduced issuance and growing demand from offshore investors chasing higher yields. This will be beneficial to equities as bonds will, as a result, remain decidedly unattractive. The dollar bull market will also continue as higher rates, and a strong currency, will remain an irresistible combination to offshore investors.

Although equity markets appear somewhat stretched compared with historical averages, they remain undeniably cheap compared with fixed interest alternatives. Corporate balance sheets have never been stronger, pension funds and insurers’ investment in equities is relatively low and cash levels are high. Insurance companies in the US, for example, had an average exposure of 19% to equities in 2007. This fell to 5% in 2008 during the global financial crisis and remains at that level today. The great rotation from bonds to equities could still have some way to go.

Global financial markets are clearly in unchartered waters and the eventual outcome for bond markets, in particular, is unlikely to be pretty. The impact on equity markets could be quite positive while global interest rates remain close to all-time lows. Indeed, the search for yield, the aversion to fixed interest, and the low equity exposure of insurers and pension funds could see equities blow out into bubbleland. (Not our base case but not implausible either.)

Kyle is a fund manager and member of Flagship’s global investments team.

Kyle has been investing internationally for over 13 years. Prior to Flagship, he worked at Coronation Fund Managers for 9 years in the Global and Global Emerging Markets teams, and also co-managed a global equities boutique at Old Mutual Investment Group. Kyle is a qualified chartered accountant and CFA charter holder. 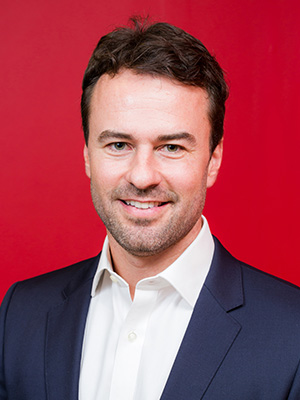 Pieter is a fund manager and member of Flagship’s global investments team.

Pieter has been investing internationally for over 14 years. Prior to Flagship, he worked at Coronation Fund Managers for 10 years in the Global and Global Emerging Markets teams, and also co-managed a global equities boutique at Old Mutual Investment Group. Pieter holds a BCom (Economics) from Stellenbosch University and an MSc Finance from Nyenrode Universiteit in the Netherlands. 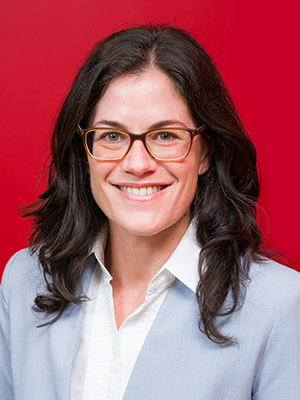 Emma is the business strategist for the global investment team at Flagship. She joined Flagship in 2019. Emma has 18 years’ experience in asset management. Prior to Flagship, Emma worked at Coronation Fund Managers in research, operations and distribution support roles for the domestic and global investment teams. Emma also spent 2 years at Old Mutual Investment Group as COO of a global investment boutique. Emma graduated from UCT with a BBusSci (Honours) in 2001. 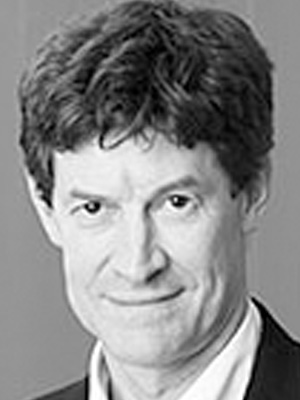 Niall manages the Flagship IP Flexible Value Fund and has done so since 2004. The fund was awarded a Raging Bull certificate for top performance for the 3 year period ending 31 December 2018 (in the multi asset – flexible –sector).

Niall has 38 years’ experience in investments. He was a director, and for a number of years, head of research at HSBC Securities (formerly Simpson McKie Inc). He was subsequently chief investment officer of HSBC Asset Management (South Africa). After an 18-year career at HSBC and its predecessor firms, he left the group in December 2000. From 2001 to 2004 he managed a private investment company with great success before deciding to return to the business of managing third-party funds. This led to the formation of Osborne Capital, a niche fund management business, which merged with Hermes Asset Management in 2009, before merging with Flagship in 2011. 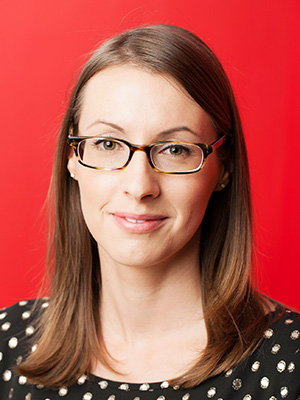 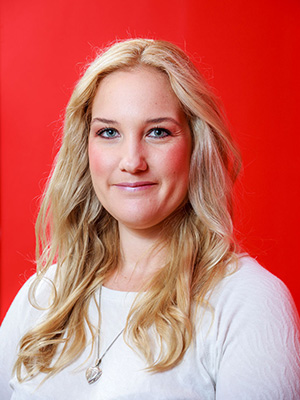 Candice is in charge of all aspects of Flagship’s client investment administration. She also coordinates Flagship’s cash management service. 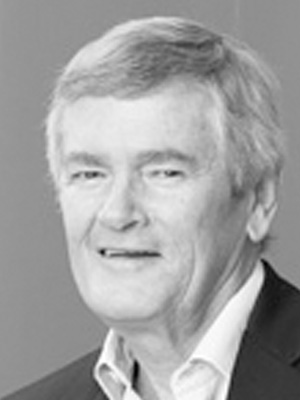 Winston joined Martin & Co in 1969 and has throughout his career been involved in equities, fixed income, fund management and research (while CEO and head of research at Martin & Co, the company was rated the number 1 research house for 18 consecutive years). He has managed portfolios of private clients throughout his working life and ran the Martin & Co Provident Fund for over 30 years. Winston also acted as Flagship’s CIO and Chairman for 19 years, winning multiple industry awards for fund management over that period. 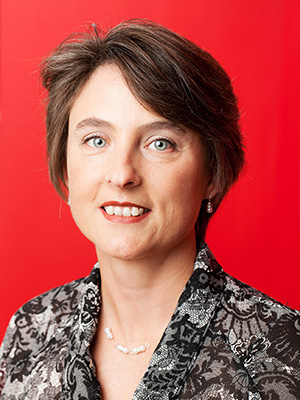 Naomi acts as Flagship’s company secretary and financial manager and has done so for more than 15 years. In addition to this, she provides Flagship’s bookkeeping services. 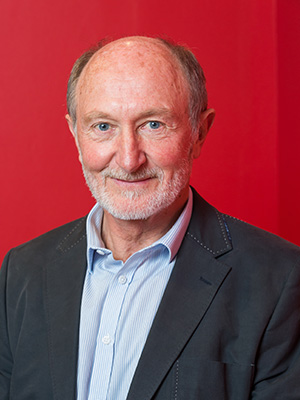 Bruce graduated from UCT with a BCom in 1976 and qualified as a CA(SA) in 1981 following articles with Arthur Young in Cape Town. He spent 4 years at Irvin & Johnson as Financial Controller and then joined Fairheads Trust as Portfolio Manager in 1986. In his 20 years with Fairheads he managed a variety of funds including segregated pension and provident funds, various unit trusts, an international fund incorporating a composite hybrid fund of funds and direct equity mandate as well as segregated portfolio’s for high net worth clients. Bruce was a director of Fairheads Holdings, Fairheads Trust and Fairheads Asset Managers. In this time Bruce gained extensive experience across all asset classes and Fairheads Asset Managers twice headed the Alexander Forbes Manager Watch survey of retirement fund managers. In 2007 Fairheads disposed of their interest in Fairheads Asset Managers. Bruce remained with the company as a director and filled a number of roles including CIO and CEO. In November 2010 Bruce joined the Flagship Investment Team. 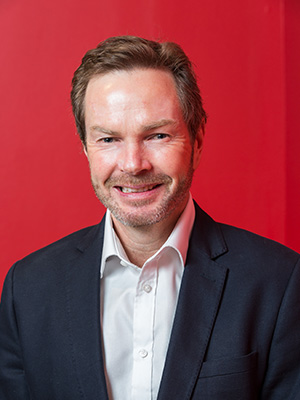 Paul manages the Flagship IP Balanced Fund and is a member of Flagship’s global investment team.

He qualified as a chartered accountant in 1995 with Deloitte and Touche. In 1998, he moved to London where he gained investment experience with JP Morgan, Merrill Lynch, and asset management experience with Vantage Investment Advisory Limited. In 2000 he returned to South Africa where he spent three years managing his own company which included consulting and advisory work for Corpcapital Limited and various other private equity businesses. In 2003 he re-entered the corporate market and was appointed group finance executive of African Banking Corporation and, in 2004, became a shareholder and equity investment director of Flagship. 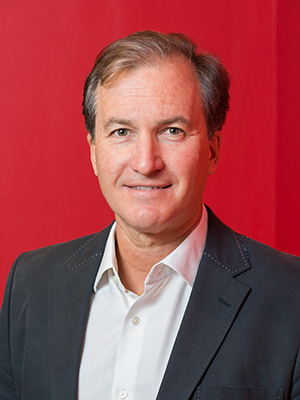 Simon acts as Flagship’s CEO, as well as being responsible for Flagship’s client service, marketing and internal compliance. 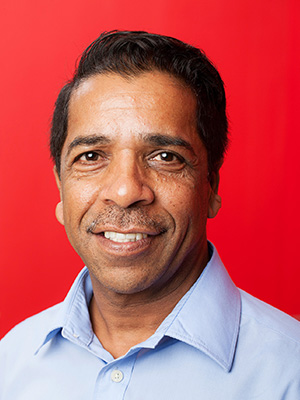 Ricky is responsible for all aspects of the efficient running of the Flagship office.